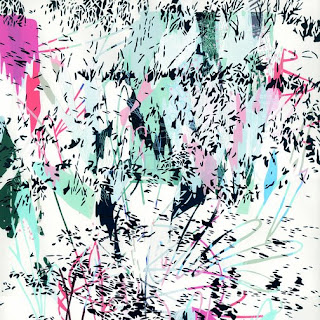 The Present is the new music project of legendary New York musician
and producer Rusty Santos (Panda Bear ‘Person Pitch’, Born
Ruffi ans ‘Red Yellow & Blue’, Animal Collective ‘Sung Tongs’). Described
by one band who worked with him as a hyper boy genius,
Rusty has always fi xed his attention on producing music that is
experimentally rich whilst remaining accessible. By attempting to
create music that arises unconsciously through improvisation, The
Present’s debut album ‘World I See’ hauls this ethos over its shoulders
as it tramples on musical boundaries and preconceptions, whilst leaving an album that is still capable of relating musically and emotionally to a wide audience.
After many years and variant modes of collaboration, Rusty
formed together with Mina and Jesse who bring a plethora of
extra dimensions to the sound of The Present. Mina’s background
in classical piano and the love of japanese traditional songs
meets at intense and imaginative levels with the expressive attitude
of the band, whilst the long standing musical partnership
between Jesse and Rusty, which began when they were in high
school together, provides the cemented sound giving the songs
one voice and the band the sound of a single instrument.
Though the instruments on ‘World I See’ aren’t necessarily new (the basic elements are piano, guitar and drums), guided by intuition the band attempt to make timeless music by using the
most minimalist methods in innovative new ways. The result of capturing and developing these sounds is the beautifully elegant yet emotionally powerful sound of The Present.
Posted by Blackeyed Donkey at 6:53 PM 1 comment: 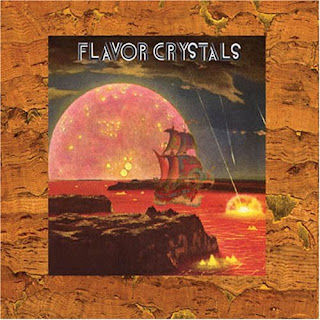 During the coldest week of the '07 Minneapolis winter, Flavor Crystals holed up in Flowers Studio with the amazing underground producer, Kramer (Galaxie 500, Low, Bongwater) to record the follow up to their 2005 debut "On Plastic."

The entire album took shape and was completed in 4 crazy days of recording and 2 days of intense mixing. Many of the songs were captured in a primordial state. The album has a spontaneous looseness that captures perfectly what this band is about... Flavor Crystals are constantly getting lost in the moment. As its cover art suggests, "Ambergris" hearkens back to early 70's kraut and psychedelia, but the band's late 80's/early 90's indie/shoegaze vibe has not gone away. The
album is still spacey and dreamy like its predecessor, but goes deeper with an eerie intensity and insistence that is magnified by Kramer's unique approach to production and mixing. This album is filled with unrepeatable moments...it lives and breathes with spooky beauty.
Posted by Blackeyed Donkey at 12:54 PM 1 comment: 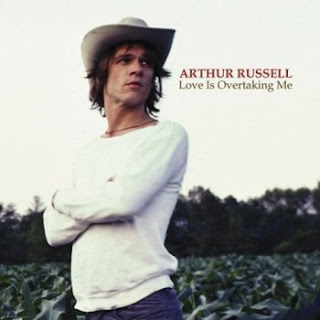 Four years ago, Audika Records began releasing the exceptionally varied, long sought-after music of Arthur Russell, and in the process has succeeded at helping the beloved, late artist find the broader audience he always believed he would reach. A new generation of listeners and critics has come to appreciate Russell as a visionary and an influence upon a broad range of today's most compelling musical artists. On October 28, Audika will bring to light an as-yet-unavailable side of Russell's body of work—the most rare and, at the same time, arguably the most accessible part—in Love Is Overtaking Me, which comprises 21 demos and home recordings of unreleased pop, folk and country songs from his vast catalog.
While much critical and popular affection for Russell's music has come about well after his untimely death from AIDS in 1992, many fellow artists believed in his genius and were drawn to collaborate with him during his lifetime. The legendary producer John Hammond (Billie Holiday, Bob Dylan, Bruce Springsteen) recorded Russell on several occasions; a number of these recordings will finally heard on Love Is Overtaking Me. So, too, will songs recorded with various incarnations of The Flying Hearts, a group formed by Russell and Brooks whose shifting lineup included, by turns, Jerry Harrison, Rhys Chatham, Jon Gibson, Peter Gordon and Peter Zummo as well as Larry Saltzman and David Van Tieghem. Several other Russell projects are represented on Love Is Overtaking Me, including The Sailboats, Turbo Sporty and Bright & Early.
Compiled from over eight hours of material, three years in the making, Love Is Overtaking Me reaches back further to Russell's first compositions from the early ..70s and spans forward to his very last recordings, made at home in 1991. Chris Taylor of Grizzly Bear contributed mixing, restoration and editing to the album, whose tracks were selected by Audika's Steve Knutson, Ernie Brooks and Russell's companion, Tom Lee. A number of the songs feature prominently in Wild Combination: A Portrait of Arthur Russell, Matt Wolf's film, which had its world premiere this year at the Berlin International Film Festival and will be released theatrically and on DVD this fall by Plexifilm.
Love Is Overtaking Me is the fifth release of Russell's material by Audika Records, whose work has proven that the music remains as contemporary today as when it was first recorded. The label launched with the disco/new wave collection Calling Out Of Context (2004) and continued with a reissue of the cello-and-voice masterpiece World Of Echo (2005); the instrumental compositions double-disc First Thought Best Thought (2006); and the hip-hop-inspired Springfield EP (2006), which includes a DFA remix of the title track.
Extensive Love Is Overtaking Me liner notes by Tom Lee provide an intimate perspective on Russell's diverse catalog, which spanned an extraordinary diversity of styles and won the love of artistic communities that would seem utterly disparate, from Philip Glass, John Cage and Allen Ginsberg to rock bands like The Talking Heads and The Modern Lovers; the pre-Studio 54 disco-party scene of Nicky Siano's Gallery and David Mancuso's Loft; and DJ-producers like Francois Kevorkian and Larry Levan, among others.
Posted by Blackeyed Donkey at 12:59 AM 4 comments: 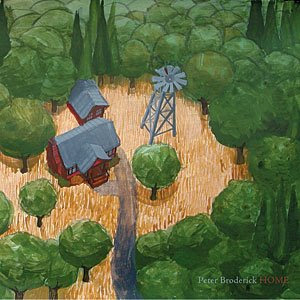 Peter Broderick is like the Swiss Army Knife of musicians; compact, elegant, multipurpose. What sets him apart is his restraint. With an arsenal of talents at his disposal, he prefers to reveal only one or two at a time.

With Home, Broderick may have performed his most impressive feat yet: breathing new life into the most pedestrian arrangement in modern music. He turns the open-mic night connotations of guitar and vocal on its ear with layers of vocal washes, x-acto finger-picking figures, and his deceptively simple compositional style.

You’d think working with as many as five different bands in recent history (Efterklang, Horse Feathers, She & Him, Loch Lomond and Norfolk & Western) simultaneously wouldn’t allow Peter to pursue any kind of solo career. Likewise, his easygoing, unassuming demeanor might lead you to believe he didn’t have aspirations being accessible and available to lend a musical hand. But in late 2007 a steady stream of solo instrumental releases on respected labels Type and Kning Disk has all but established Broderick as the young composer / pianist / string player to watch.

Home is a collection of folk songs recorded at the end of 2007 and beginning of 2008. In late 2007, Peter Broderick toured all around Europe with the Danish ensemble Efterklang, playing violin with them, and opening the shows as a solo act. His recorded work up to this time had been primarily instrumental, but as he began to play live shows, he discovered he also had a passion for singing. And so, when he had a break from touring at the end of the year, he set out to make an album that was the opposite of his other instrumental, piano and string based recordings. With Home he has made and album with neither of these instruments. The result is an album based around layers and layers of vocals, and guitars. Recorded in various places in various parts of the world, it is an album about finding a home. Written, performed, recorded, and produced by Peter himself, and mixed with his good friend and sound wizard from Efterklang, Mads Brauer.
Posted by Blackeyed Donkey at 12:53 AM 1 comment: