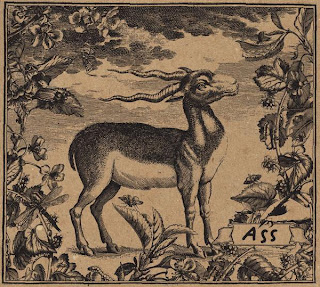 Over the past years Andreas Söderström has played bass with multi-awarded pop genius Jenny Wilson, trumpet and lap-steel with the international renowned electronica-project Tape, and harmonium, key harp and guitar with contemporary folk/rock-combos as Barr, Pallin and Blood Music. Now is the time for one of Sweden’s most brilliant music minds to do his own thing: Ass – Andreas Söderström Solo, after a decade of talented but neglected living room recordings.

Ass debut album is a beautiful, mainly instrumental, folktronic journey, that probably started amongst “a jungle of strings” in his father’s bouzoki factory when Andreas was a child. Playing, of course, all instruments himself, he has given himself freedom to stretch out (and in) as it suited him. A lot of magic moments are collected here by this self-taught music man. But the interesting thing about Ass is the wholeness of it. Even though it is driven by “small” minimalistic musical ideas, or hymn-like melodies, it is the big picture that impresses. Andreas also sings on two majestic, but low keyed-tunes; Two Different Ways and Don’t You Tell A Word, with an almost melting voice, a crossover between a Thurston Moore and Jim O’Rourke
Posted by Blackeyed Donkey at 12:18 PM No comments: 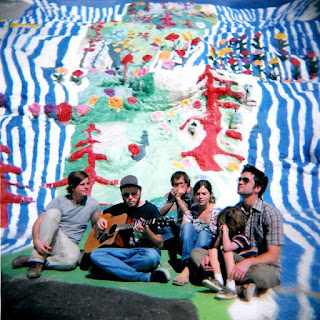 The Jubilee Singers are from Pasadena,California. They used to be called No Little Kindness. Their s/t record is by far one of the best releases I have heard from a local band here in Southern California in a long time. Please go see them play live if you ever have the chance. you won't regret it!
Posted by Blackeyed Donkey at 1:14 PM 1 comment: 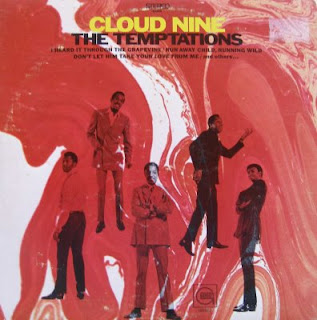 Best known for their silky soul vocals and smooth-stepping routines, the Temptations were firmly entrenched as the undisputed kings of Barry Gordy's Motown stable when cutting-edge producer Norman Whitfield walked into the studio and announced that it was time to shake things up. The resulting freakout became the first half of the stellar Cloud Nine, an album that would become one of the defining early funk sets, with songs that not only took Motown in a new direction, but helped to shape a genre as well. On one side and across three jams, Whitfield and the Temptations would give '70s-era funk musicians a broad palette from which to draw inspiration. The title track, with its funky soul bordering on psychedelic frenzy, was an audacious album opener, and surely gave older fans a moment's pause. Only two more songs rounded out side one: an incredibly fresh take on "I Heard It Through the Grapevine," which jazzed up the vocals, brought compelling percussion to the fore, and relegated the piano well into the wings, and "Run Away Child, Running Wild," an extravagant nine-minute groove where the sonics easily surpassed the vocals. After shaking up the record-buying public with these three masterpieces, the Temptations brought things back to form for side two. Here, their gorgeous vocals dominated slick arrangements across seven tracks which included "Hey Girl" and the masterful "I Need Your Lovin'." Funk continued to percolate -- albeit subtly -- but compared to side one, it was Temptations business as usual. It was this return to the classic sound, however, which ultimately gave Cloud Nine its odd dynamic. The dichotomy of form between old and new between sides doesn't allow for a continuous gel. But the brash experimentation away from traditional Motown on the three seminal tracks which open the disc shattered the doorway between past and present as surely as the decade itself imploded and smooth soul gave way to blistering funk.
Posted by Blackeyed Donkey at 11:38 PM 2 comments: