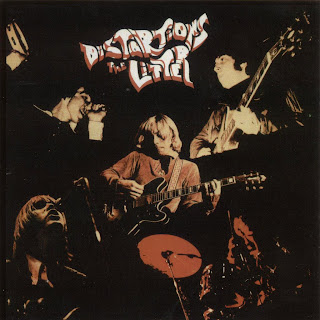 The Litter's debut album was disappointing in the sense that there are only a couple of songs that were not covers. However, they were one of the few garage bands to invest enough energy and imagination into their interpretations to make a cover-heavy LP worth hearing. "Action Woman" is here, and they go about tackling, and sometimes dismantling, numbers like the Small Faces' "Whatcha Gonna Do About It" and the Who's "A Legal Matter" (both of which were barely known in the U.S. at this point, incidentally). "I'm a Man," though based on the Yardbirds' version, gets into some pretty incredible feedback/distortion swirls in the closing rave-up section. Distortions has been reissued a few times, but the 1999 CD on Arf! Arf! is the one to get, as it includes two outtakes ("Hey Joe" and the 25-second, hardly worth noting "Harpsichord Sonata #1") and seven songs, mostly previously unreleased, recorded live at Chicago's Electric Theatre in August 1968. This was the music that the band played while filming a scene in Haskell Wexler's film Medium Cool (although none of the music was used in the movie), and it's in a heavier, bluesier hard-rock direction than their 1967 recordings, but still retains some of the punky spirit of the Distortions era.

Posted by Blackeyed Donkey at 7:20 PM