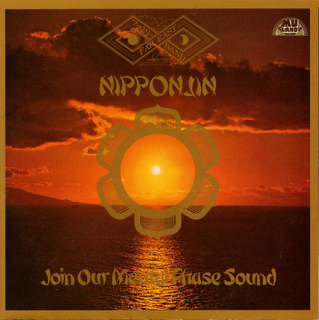 The group's first album was released under the band name of Far Out. After changing their name, the band released The Cave Down to Earth in 1975. Their first European release, Nipponjin -- Join Our Mental Phase Sound (1975), featured re-recorded versions of material from the previous record and the album attributed to Far Out. The group's next record, Parallel Worlds (1976), was profoundly influenced by Klaus Schulze who Kitaro met on a trip through Europe. With the first track over 30 minutes long, the album bears similarities to Krautrock legends Ash Ra Tempel. Tenkujin (1977) followed and was the band's first and only American release. By this point, the band consisted of Miyashta (vocals, synths, guitars, bamboo flute), Hirohito Fukushima (guitar, vocals, koto), and Yujin Harada (drums, percussion). It would be the band's last record. ~ Geoff Orens, All Music Guide
Posted by Blackeyed Donkey at 5:27 PM