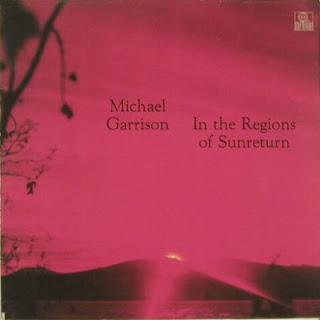 Michael Garrison or Garri was a synthesist from California, USA. He was born on November 28, 1956 in Oregon and died on March 24, 2004. At the age of 13 he wrote his first song and later, during his musical study at the Idaho University, he formed the basic for the first release on his own label Winspell Records, later Garrisongs Music. The original work was titled In The Regions Of Sunreturn and Beyond and based on the expeditions of Voyager 1 and 2. But when he managed to get a contract with BMG in 1980 the title changed to In The Regions Of Sunreturn and so he became also known in Europe. His style was typical strong sequences with monstrous solos played with various electronic instruments on top. Often a real wall-of-sound experience. An Earth-Star Trilogy differs from the rest of his work by having a much more calm atmosphere. He was strongly influenced by the European innovators of Electronic Music, like Klaus Schulze and Tangerine Dream.
Posted by Blackeyed Donkey at 9:47 PM

This album is absolutely great, thanks!