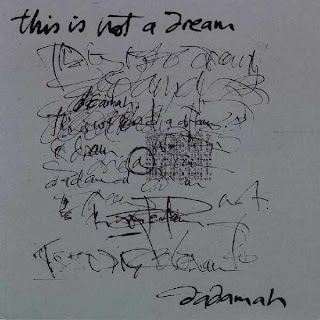 This Is Not a Dream is a collection of every song ever released by the Dunedin, New Zealand quartet Dadamah. kranky compiled tracks from two seven inch singles, a compilation single and one LP, placed them on compact disc and released the finished product as our second ever release in 1994. Like every group in New Zealand, the members of Dadamah had links to a number of other bands; drummer Peter Stapleton played in The Terminals, Vacuum and The Victor Dimisich Band guitarist Roy Montgomery played in The Pin Group (whose single was the first ever release on the Flying Nun label). Singer Kim Pieters and organ/synth player Janine Stagg were, apparently, the only two people in New Zealand who had never been in a band.

Dadamah only played out three times, devoting the majority of their efforts to recording on four track. At the time the group was active, the underground experimentation of the Xpressway label garnered a number of fans outside the two islands and a Dadamah track ended up on a compilation seven inch Drag City released in 1991 called I Hear The Devil Calling Me.

Posted by Blackeyed Donkey at 12:46 AM

Hi, I found only 6 tracks on this file, is this correct? On the Kranky site says it has 11 tracks. Thanks!