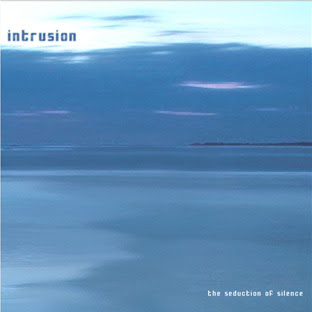 The Intrusion full-length is finally here - a massively anticipated follow up of sorts to 'The Coldest Season' album and without question the most fully-realised Echospace project since that album came out 18 months ago. Steve Hitchell reserves his Intrusion moniker for his rich and sumptuous dub experiments, more Rhythm & Sound as opposed to the to M-Series or BC references more commonly associated with the Deepchord axis. Referencing the Caribbean on 'Montego Bay' the padded, heady structure of the music infuses the massive sense of space with a warm and breezy pulse that sets this music apart from so much of the rubber-coated preset teasing that passes for dub techno these days. Paul St. Hilaire, meanwhile, adds a typically righteous vocal presence alongside luxurious Fender Rhodes on 'Angel', a beautiful cut exclusive to this CD issue. The best tracks from the 12"s are compiled with 'Intrusion Dub', 'Seduction', 'Reflection', 'Tswana Dub' and 'Twilight', in addition to the glorious 'A Night To Remember' inspired by his travels to Japan. Crazily limited to a mere 300 copies only, the cd is now completely sold out!
Posted by Blackeyed Donkey at 7:01 PM