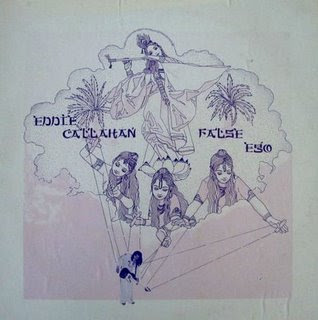 This wonderful album has been described as “loner rock,” an interesting distinction since so many of these thoughtful, quirky songwriters make folk records that, um, don’t rock. Within about two minutes of the first song, I was eternally hooked. It starts abruptly, almost in the middle of a conversation with Eddie, acoustic guitar in hand, asking some of life’s bigger questions to an unnamed echoed respondent. After a few verses, the rhythm section comes in, followed by the most perfectly realized batch of synthesizer noises you’ll ever hear. The songs ends in waves of sound effects and at this point you’ll already be ready to proclaim Eddie a genius. The good news is that most of the album keeps pace, with gorgeous pop (“Just Across The Line”), power pop with backwards guitar (“Don’t You Know”), stunning acid rock (“Paper Rain”) with a Stranglers-type synth break, and all sorts of surprises. This album has a timeless quality, like the very best pop, and only the talk box on one song places it firmly in 1975/1976. Otherwise it could just as likely have been from 1970 or 1979, and in fact has a bit of a new wave feel to it. It’s not exactly “psych” or “power pop,” and genre fans might not be sure what to make of it, but it’s just plain too good for classification. Even a music hall ditty with comic snyth bleats and a funky rock song with a talk box manage to work. Callahan is a Hare Krishna, which explains the mystical questioning of many of the lyrics. He’s also a bit of a chameleon, sounding like three or four different singers over the course of the album (which, along with the unusual arrangements, makes this album fresh and unpredictable in ways few pop albums are.) The last three songs are a bit of a let down, as they’re merely good. If they had been as good as the rest for the album, it would be an eternal masterpiece. As it is, it’s still one of the finest and most distinctive private press albums I’ve ever heard. Great album cover, too (despite being a cheap paste-on), and an even better label design.
Posted by Blackeyed Donkey at 12:37 PM