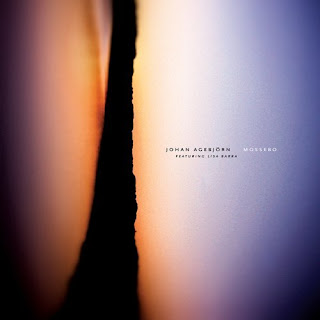 While he is best known as the creative force behind the popular electronica dance project Sally Shapiro, Johan Agebjörn proves on Mossebo that he is not afraid of the darker and deeper spaces. Indeed, Mossebo evokes human warmth in a wintry landscape, expertly juxtaposing intimacy and isolation.

Named after the house in which Johan lived while composing and recording the album, Mossebo is a collection of ambient pieces composed between 2004 and 2007; and one additional track that was created in 1996.

With the stunning wordless vocals of Lisa Barra skillfully winding their way through many of Agebjörn’s dazzling synth compositions, Mossebo is an album that is both electronic and organic at its core. Barra’s passion for the folk music of different cultures lends a timeless quailty to the album that transcends the conventional limits of most modern electronic ambient music.
Posted by Blackeyed Donkey at 6:08 PM

This is fantastic, thank you for posting it