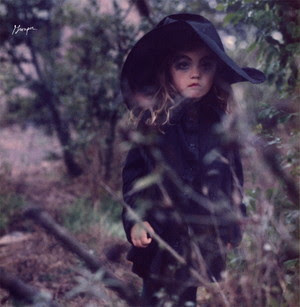 Portland, Oregon based Liz Harris might have achieved a significant fan base thanks to the whispering, near ambient vocal crusades of her debut album ‘Way Their Crept’ and its follow-up ‘Wide’, but those with a careful ear would have heard slightly more trapped beneath her fuzzy chain of effects. ‘Dragging A Dead Deer Up A Hill’ marks a departure of sorts for Liz which sees her turn down the fuzz-boxes which caged (and to some degree defined) her sound and allows her voice to ring out above everything else. It is an album steeped in the world of dream-pop, a genre pioneered by the likes of 4AD’s Cocteau Twins and This Mortal Coil, and far from shy away from the reference Liz has instead grabbed on with both hands, in the process creating an album’s worth of perfect, leftfield pop songs.
Using delicate song structures which are at once both familiar and alien somehow we hear her words cry out hauntingly over stripped down guitar lines and looped environmental recordings. Just listen to ‘I’d Rather be Sleeping’, a track that could be a mournful take on Belly, albeit with a more fragile heart. These unforgettable harmonies and vocal lines that embed themselves in your consciousness before you even realise it are the key to the album’s success and the reason why it makes such a lasting impression. There is something to Liz Harris’s music that defies the time, makes you sit up and listen in an age where we’re told that recorded music is disposable. These are the future soundtracks to love, despair and ultimately hope.
Posted by Blackeyed Donkey at 12:54 PM

Your posts are so great. I love this record - it's so beautiful and your description is dead on. To me sounds like a mix of early Red House Painters / This Mortal Coil and Broadcast or something. Great, great post. You have introduced me to so many fantastic albums. Thanks for occupying this little corner of the web!

NICE POST! I had this one on repeat last year all the time. Real gorgeous moody stuff!