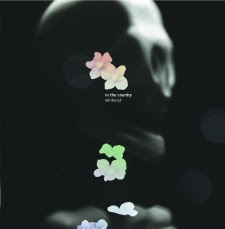 Ambitious, epic and grand in scale, In The Country´s third album ”Whiteout” qualifies to be called their magnum opus. Most of the music was performed and written as a thank you, as is the tradition, after leader Morten Qvenild was awarded Kongsberg Jazzfestival´s prestigious Musician Award. Other receivers have included notables such as Nils Petter Molvær, Bugge Wesseltoft and Sidsel Endresen. Qvenild is already established as a writer with a strong signature, original and melodic with elements from many genres of music. His playing is rich in detail and dynamics but never dominant, and together with bassist Roger Arntzen and drummer Pål Hausken´s sensitive and inventive contributions we are in for a treat when it comes to trio interplay. These eight compositions are all between seven and twelve minutes and are given time to develop, much like the best exploratory jazz and progressive rock music. Another triumph from the band whose previous effort was dubbed ”one of the finest and most arresting albums to come out of Europe this year” by Downbeat.
Posted by Blackeyed Donkey at 5:27 PM

Hi, I think your website might be having browser compatibility issues.
When I look at your blog in Chrome, it looks fine but when opening in Internet Explorer, it has some
overlapping. I just wanted to give you a quick heads up!
Other then that, excellent blog!

my webpage; Http://Www.Ezinearticles.Gr/Rapairing-Your-Credit-Is-Attainable-With-These-Ideas.Htm
Also see my site > click through the next page

I'm truly enjoying the design and layout of your blog. It's a very easy on the eyes which makes it much more enjoyable for me to come here and visit more often.
Did you hire out a designer to create your theme? Superb work!

What a data of un-ambiguity and preserveness of valuable familiarity regarding
unpredicted emotions.

Look at my site ... i have bad Credit

Its like you read my mind! You seem to know so much about this, like you wrote the book
in it or something. I think that you can do with a
few pics to drive the message home a bit, but instead of that, this is great blog.

An excellent read. I will definitely be back.

Post writing is also a excitement, if you know then you can write otherwise it is complicated to write.

You really make it appear so easy along with your presentation however I to
find this topic to be really something that I believe I would never
understand. It sort of feels too complex and extremely vast for
me. I'm having a look forward for your subsequent submit, I'll attempt to get the hang of it!

Hey there just wanted to give you a quick heads up
and let you know a few of the images aren't loading properly. I'm not
sure why but I think its a linking issue. I've tried it in two different web browsers and both show the same results.

I don't know whether it's just me or if everybody else encountering problems with your blog.
It looks like some of the written text within your posts are running off the screen.
Can someone else please provide feedback and let me know if
this is happening to them as well? This might be a issue with
my internet browser because I've had this happen before. Kudos

Here is my homepage - gesetliche krankenversicherung

This site really has all the info I needed concerning this subject and didn't know who to ask.

Feel free to surf to my homepage :: caribbean islands vacations all Inclusive

Good info. Lucky me I came across your blog by accident
(stumbleupon). I've book-marked it for later!

When someone writes an piece of writing he/she maintains the image of a user in his/her brain that how a user can be aware of it.
Thus that's why this article is perfect. Thanks!

Take a look at my webpage Cheap hosting Plans

I know this website gives quality depending articles and other
information, is there any other site which offers such data in quality?

Hello There. I found your weblog the usage of msn. That is
a really smartly written article. I will make sure to bookmark it and return
to read extra of your useful information. Thank you for the post.
I will definitely return.

We're a bunch of volunteers and starting a new scheme in our community. Your site provided us with valuable information to work on. You have performed a formidable job and our entire community can be thankful to you.

Appreciate the recommendation. Will try it out.

Spot on with this write-up, I actually feel this web site needs
much more attention. I'll probably be returning to read through more, thanks for the information!

my homepage ... getting a home loan

If you are going for most excellent contents like me, only pay a visit
this website all the time because it provides feature contents, thanks

You are so interesting! I do not think I have read anything
like this before. So wonderful to discover somebody with
some genuine thoughts on this topic. Seriously.. many thanks for starting this up.
This site is one thing that's needed on the internet, someone with a little originality!