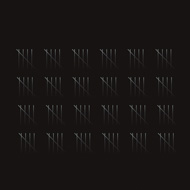 120 Days is a four piece band consisting of 3 synths, a bass, one cymbal and (sometimes) a guitar, something which places them somewhere inbetween electronic and rock. The bands obsession with German kraut rock of the 70`s, experimental artists such as Steve Reich and Arne Nordheim as well as 60`s rock group Stooges shines through in their monumental, dark and hypnotic sound. The album was produced by the band and recorded in Oslo in the winter 2006. The artwork for the album was made by Kim Hiorthoy. If you live in LA go see them play at Part Time Punks this Sunday at the Echo.
Posted by Blackeyed Donkey at 11:19 PM

shit, i know where i'll be this Sunday night

you it could make upload again?