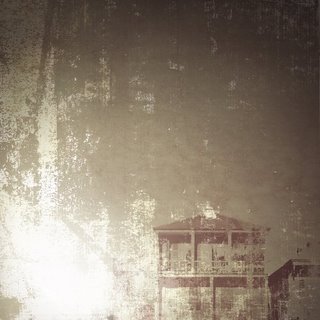 Born in the dense heat of New Orleans, Louisiana, Belong is a collaborative effort between Turk Dietrich and Michael Jones, whose debut album, October Language, goes beyond traditional song structure to a place where melodic figures blur, and textures are gorgeously sculpted into an ocean of sound. Belong began on the WestBank of New Orleans in 2002, but it was not until 2004 that October Language was made. The album was assembled, composed, and produced in Dietrich's bedroom studio; however, the inspiration for the songs goes well beyond the walls. The album encapsulates their hometown of New Orleans, at once bathed in sunlight and colors, yet dripping in decay and a rich sadness. It is a record that attempts to display the beauty in things that are worn, decayed or destroyed.

Following in the tradition of bands like My Bloody Valentine and Gas, guitars, synths and other musical sources are wrenched from their typical tones, revealing themselves in bright shards of distortion. Melodies are similarly enveloped in a sort of aural atrophy, forever repeating their blurring calls. At the end, all that remains is a noise so potent it leaves the sonic equivalent of the sun's imprint on a retina.
Posted by Blackeyed Donkey at 3:13 PM