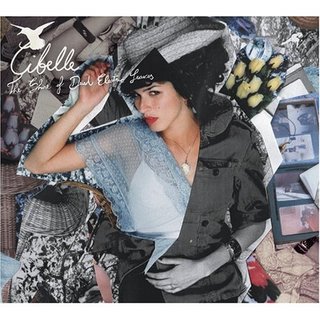 Like no one else, Brazilian born Cibelle makes use of a variety of elements to create unique, imaginative and enchanting peices of music. Her second album (the follow-up to 2003's inspired eponymous debut) is a genuine masterpiece. Moving into even more adventurous sonic terrain than its predecesor, the "Shine Of Dried Electric Leaves" combines rootsy acoustic instrumentation, electronic processing, noise guitars & children's toys, captivating textural soundscapes & pure melodies all anchored by Cibelle's unmistakable, moving voice. Cibelle produced this album over a period of 18 months, taking some of the tracks with her from London (where she now resides) to Sao Paulo (her home town) and back, gathering along the way contributions from various co-producers and performers, including Mike Lindsay (from UK Folktronica act Tunng);Apollo Nove (the innovative producer/artist from Sao Paulo, who produced most of her debut album); Parisian mixer, Yann Arnaud (Air, ! Sebastien Schuller), and guests such as Seu Jorge (of "City of God" and "The Life Aquatic' fame), freak folk pioneer, Devendra Banhart, and CocoRosie collaborator Spleen. While some of the album's ten original compositions and three covers are simple, limpid crytalline gems (her renditions of Tom Waits' "Green Grass" and of Jobim's "Por Toda Minha Vida" to name but a few).

Posted by Blackeyed Donkey at 4:41 PM